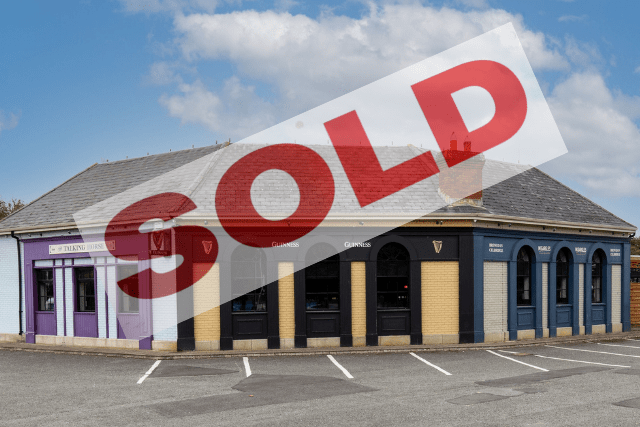 Despite the impact that the COVID 19 pandemic is having on the hospitality sector, O’Neill & Co and Bagnell Doyle MacMahon have secured a strong price for the Henry Grattan Public House on Maynooth Road, Celbridge. The property, guided at €1.7 million, attracted interest from near and far, and eventually sold for a figure well in excess of the guide price.

Set in a prime location on the Maynooth Road in Celbridge the property services the large residential population situated within walking distance of the property.

The new purchaser is the New York based McMahon Group who operate licensed premises both here and in the US. The McMahon Group is headed by Jimmy McMahon who emigrated to the Big Apple in 1986 at the age of 17, and is well known for his contribution to Irish boxing, turning professional under the guise of Teddy Atlas who also took former boxer Mike Tyson under his wing.

Darac O’Neill commented after the sale: ‘’Well-located licensed premises in good suburban towns are proving popular with investors and operators alike, and the Henry Grattan was no exception to this. Celbridge is the largest town in Co. Kildare and the growth potential for the Henry Grattan is immense. We wish the McMahon Group every success with their purchase.”