Karen who played Garda Alannah Walsh in RTE’s Fair City has recently purchased a property which is located in Naas, Co. Kildare by Auction from O’Neill & Co. Karen was Carrigstown’s no-nonsense Garda who was involved with Katy’s captor in the soap.

We spoke to Karen about the auction, her character and the move to Naas. Good Afternoon, Karen, it is lovely to get the opportunity to talk to you. 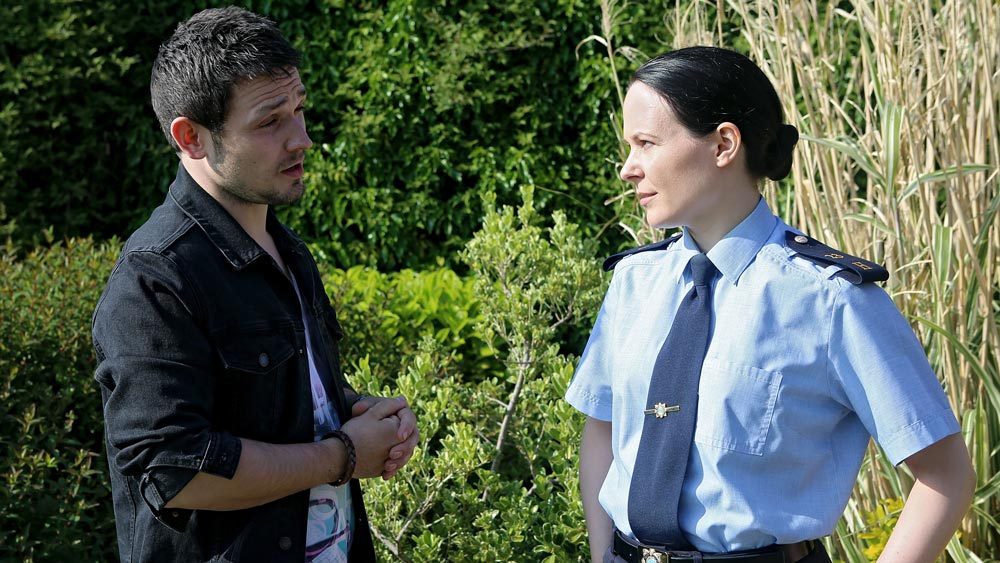 I went to see another property in Naas and the vendor mentioned that there was a similar property being sold by auction so I looked online when it had just come to market, and it had so many extras like a conservatory so I decided to go for it and contacted O’Neill & Co. to find out more and dealt with Stephen Keeler there.

I found it great, and it was over so quickly, I was happy with that when you buy a house things can happen, you can get out bided and it is a much longer process. At an auction when you’re successful you know you have it then and there, I really enjoyed the process. It was also my first time at an auction and I found it very exciting.

I looked up auction strategies online, I initially thought in order not to drive up the price of the property to bid at the end, supposedly that doesn’t work which I found interesting, it was better to go in hard and strong with your bid and scare off the competition.  It was better to go in quickly and make it seem you have an endless supply of money (even though that wasn’t the case) but I was terrified inside.

I was sizing up everyone that came into the room sussing out each person, for example, an older couple came in so I assumed they were downsizing and would have much more disposable income, I read into every person there while covering up how I was feeling inside.

It was surreal, I was like did that just happen because when you win something and you don’t physically have it, it’s a paradox. I was in shock and disbelief……but so delighted.

I was looking in that area; I am originally from Carlow and work mostly in Dublin so I wanted to live at a halfway point between Carlow and Dublin and Naas was the perfect choice. If I was to look in Dublin I would end up in a shoebox.

I have just left that part, but I was brought in to work on the storyline when Katie was kidnapped and I was the Guard on the case. I was also going out with the kidnapper at one stage but I didn’t know about it.

It was really exciting,  new characters where being introduced, new actors that I was excited to work with, and it was great to be part of that exciting storyline and a great experience.

I am currently writing and being creative I don’t know what is next and I love that. I have collected the keys now and I can’t wait to get in and start decorating.